We recently transitioned the kiddos from their nursery to a big kid’s room.  When I took down the alphabet that hung on the nursery wall, I knew I wanted to keep some of the memory of that craft in their new room.  So I decided to keep two of the letters and include them in an initial wall collage. 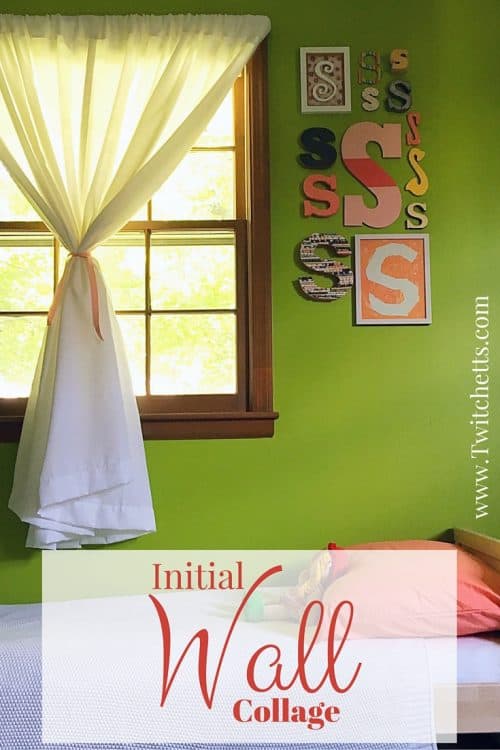 Transitioning from a nursery to a big kid’s room is emotional for more than just the child.  I had a hard time holding back tears as I delicately took down each letter.  It’s amazing how such simple decor can become so sentimental.   When Little Miss asked why I was taking them down, I told her that I was going to put up big kid decorations.  That didn’t really appease her either.  So the idea of the initial wall collage was born and I’ve been slowly collecting letters “I” and “S” ever since. 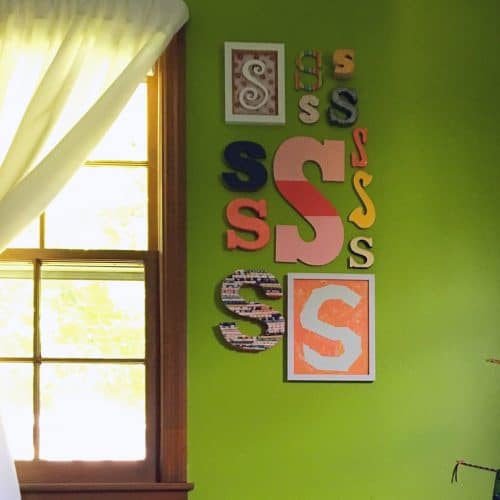 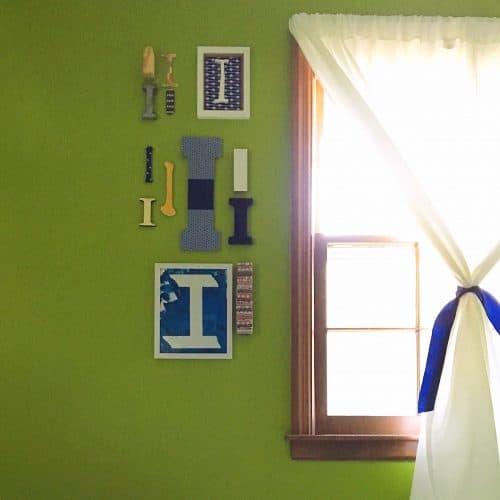 The Different Crafts In Our Initial Wall Collage

Simple Painted Letters.  Just as it sounds, I just took a couple of small letters and gave them a quick coat of acrylic paint.  Done.  (I like easy crafts…don’t you?) 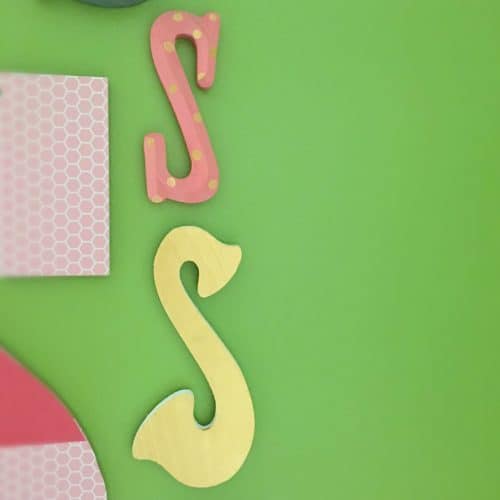 Paper Covered Letters.  These are my favorite.  They’re quick and easy but provide a lot of color and design. 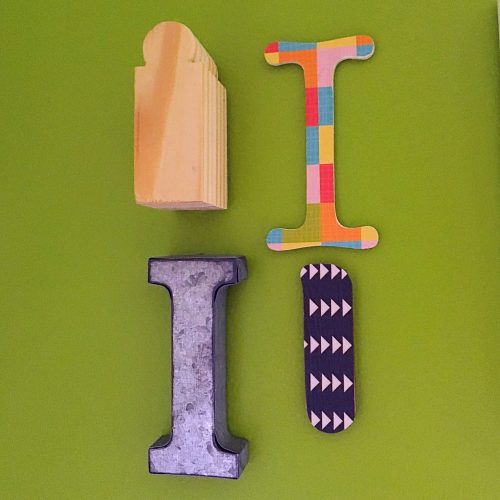 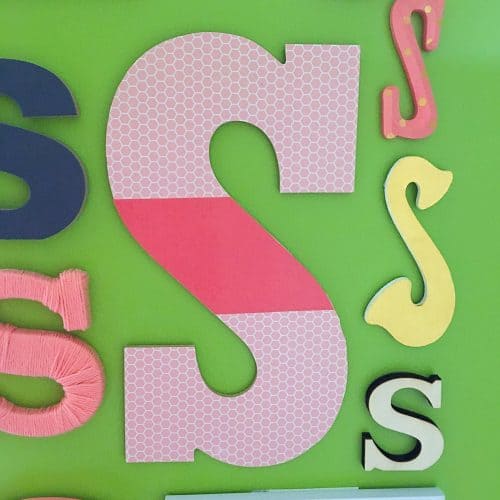 String Wrapped Letters.  I picked this craft because it sounded easy…lesson learned.  Start by gluing the beginning of the string or yarn to the back of the top of the letter.  Then slowly and carefully, wrap the string around the letter.  You may find that the curves and edges are more difficult.  Try a couple of methods to get the look you’re going for.  And don’t be afraid to add glue along the way, to keep your corners looking nice.  Finish by using a dab of glue at the end.

Reverse Fabric Letter.  Take a piece of fabric and wrap it around a piece of cardboard that has been cut to fit your frame.  Then glue a white letter to the fabric.  I kept the glass out of the frame and just inserted the fabric wrapped piece back into the frame. 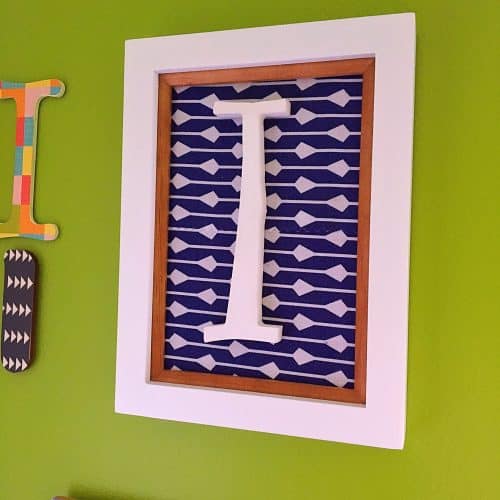 Rolled Paper Letters.  This one could be done two ways.  Either way, start by rolling up several pieces of paper.  I chose some fun paper that came out of a book of craft paper.  Now, you can either cut the paper as you glue it to your letter; or you can glue them all and carefully cut at the end.  I chose the latter.  It was faster, but the edges may have been cleaner had I cut first.  Plus, you’ll want to make sure that you have quality scissors and Exacto knives to cut after it’s glued. 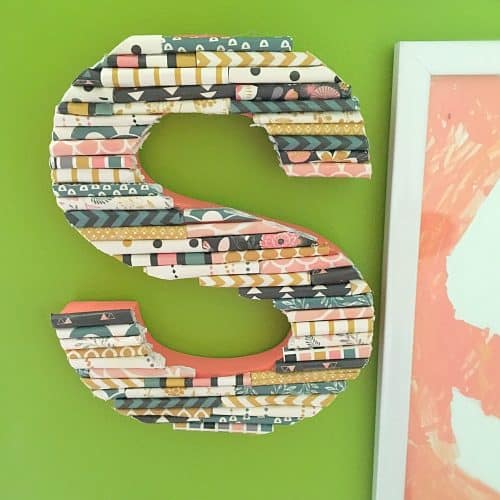 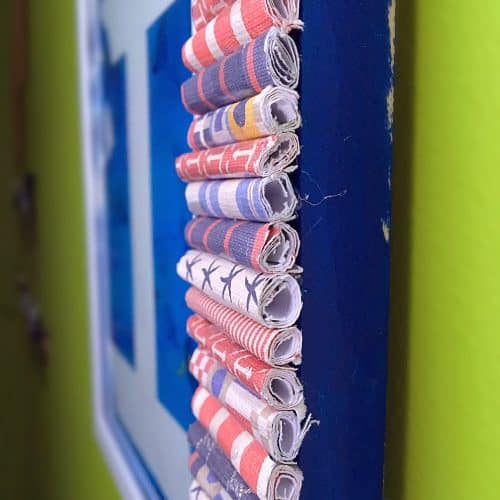 Kid’s Art Letters.  I wanted to include the kids in this process.  I used the Toddler Art as a guide and let the kids paint however they chose.  Then I pulled the tape to reveal their letter. 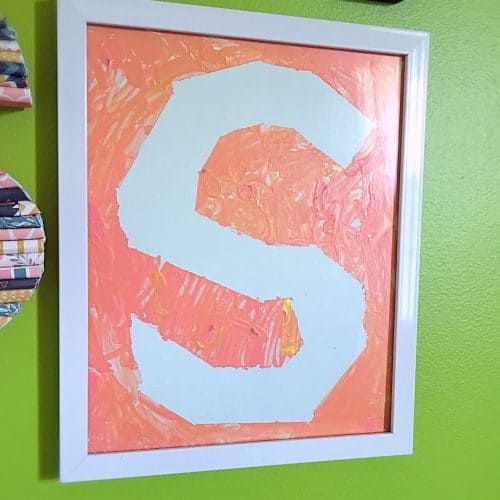 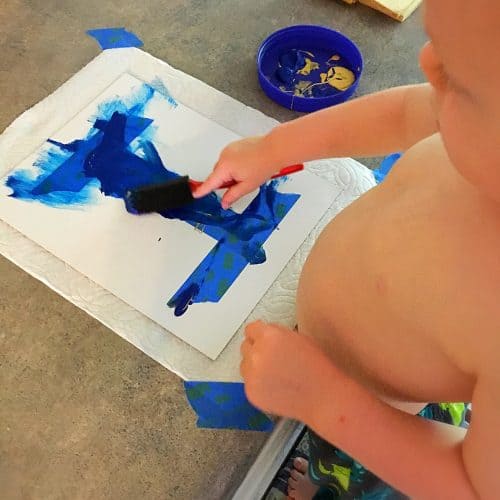 I did purchase several pre-done letters, to give the wall some extra variety.  And since the rest of the room has a very clean look, I left a couple undecorated. 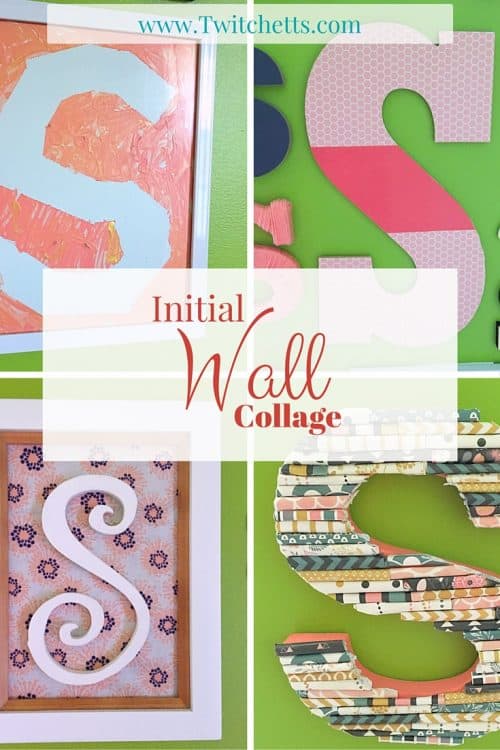 Stay tuned, I’ll be revealing the rest of the room soon!

So cute! I think this is a great idea. Not only do the kids get to participate in their room decor, but it's also a nice spin on the "gallery wall". 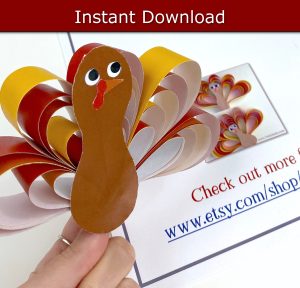