For Little Miss’ Dragons: Race to the Edge party, I knew that I wanted the kiddos to be able to ride around on dragons.  How I was going to pull that off was a bit of a challenge.  What I ended up with was a cardboard dragon. 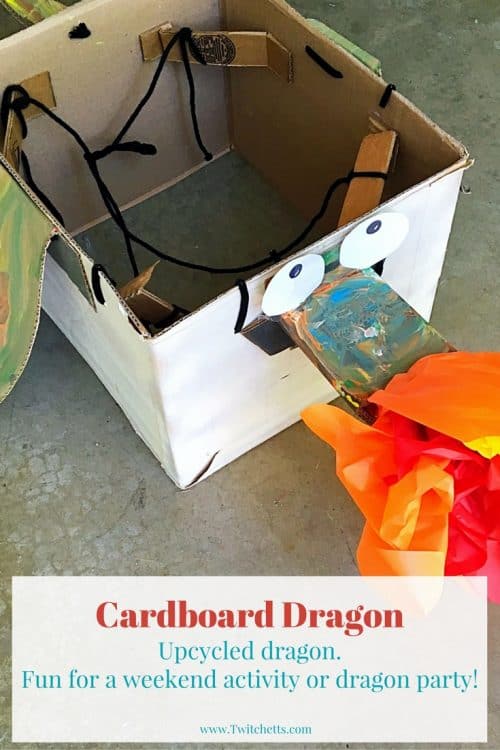 In theory, this was an amazing idea.  The kids would wear the dragons and pretend to be riding a dragon.  In execution, it was a bit more complicated than I had planned.  The activity itself was good…but having 10 kiddos all making dragons at the same time… got interesting.  I’m going to break down how we made our dragons, in true Twitchetts fashion…but I’m also going to let you know how I would do it next time…now that I’ve learned a thing or two.

What you need to make your Cardboard Dragon

How to Make a Cardboard Dragon Body

I gathered several boxes from various sources. Some from my grocery store, some from the warehouse at my 9-5, some were leftover diaper boxes.  I didn’t want to spend eternity painting boxes, so I picked up a few cans of spray paint and did the base coats that way. 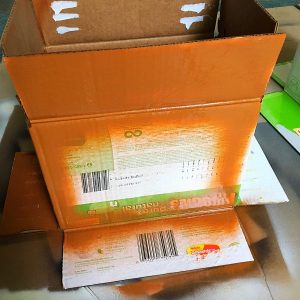 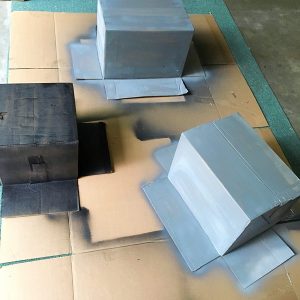 After the boxes were sprayed, I started cutting off the tabs. These pieces were going to become the head, wings, and tail of our dragons. 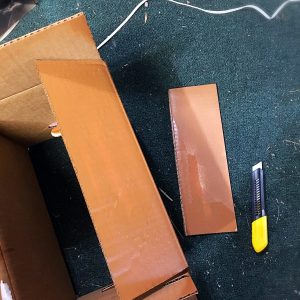 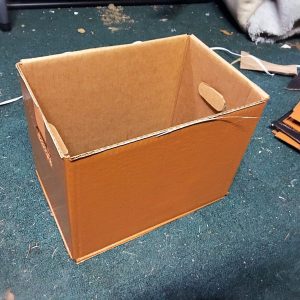 The Wings, Tail, and Head

For the wings, I freely cut out the shape of one wing, and then used that wing as a template for its match. All the wings were slightly different so that each dragon was different.  To make the wings easily attached to the box, I scored a tab on one end of each wing. Make sure to score the opposite side of the wing on the match. (this was my first lesson learned in this process…I scored them exactly the same, so when they were attached, the dragons had one backward wing…) 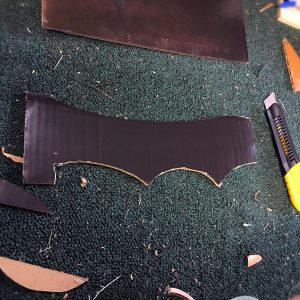 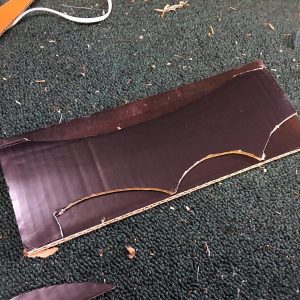 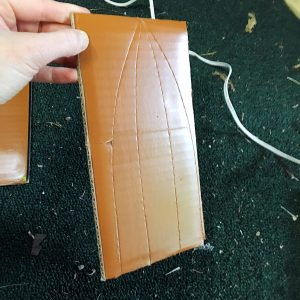 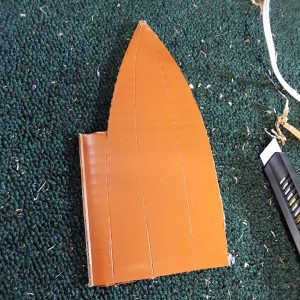 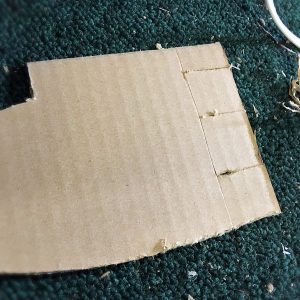 I folded the cardboard along the scored edges and used hot glue on the tab to keep it together. 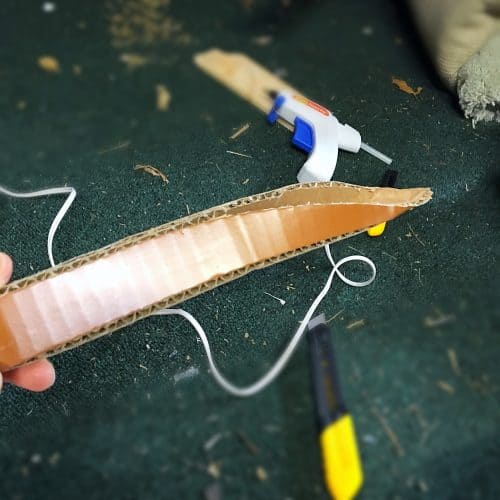 To create the heads, I scored the tab so that it would fold into a box. Then I cut slits about an inch long at the bottom, along the fold lines. Again, we did this so that we could ay to attach the head to the box. 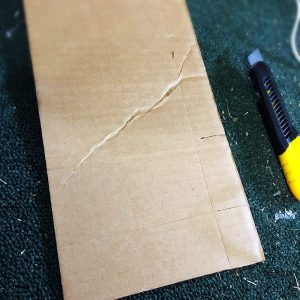 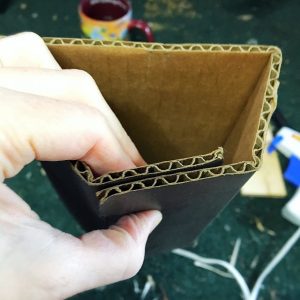 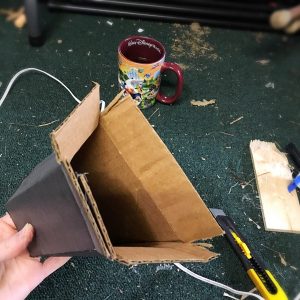 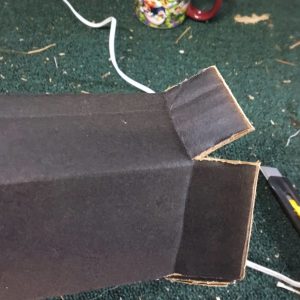 For eyes, we just cut out some circles, ovals, and whatever shape felt fun from the white cardstock. Then we drew in some dark circles with our black marker.

Now, this is where things got interesting…I hadn’t assembled the dragons at our party.  I wanted the kids to be able to pick which head, tail, wings, and eyes they wanted.  Backfire…If you’re doing this activity with a large group of kids, assemble your dragons first.  Huge time saver!!

How to assemble your cardboard dragon

Start by cutting 1 inch wide strips of cardboard from one of your remaining box tabs.  You will need 4.

Glue these to the interior corners of your box.  This will be used to attach your straps and it helps your box hold its shape.  I scored my strips, but I don’t recommend doing that.  The scored edges became weak spots on the dragon and were the only spots that really needed to be repaired. 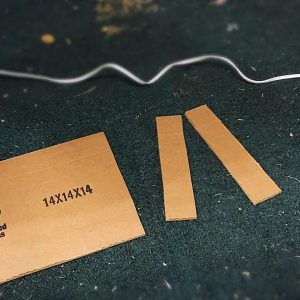 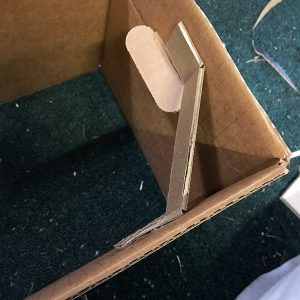 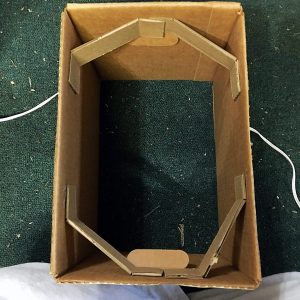 Poke holes into the tabs of your head, wings, and tail.  Then poke holes in your boxes so that they line up with the holes you just poked in your extremities.  String pipe cleaners through each hole to attach the pieces to your box. 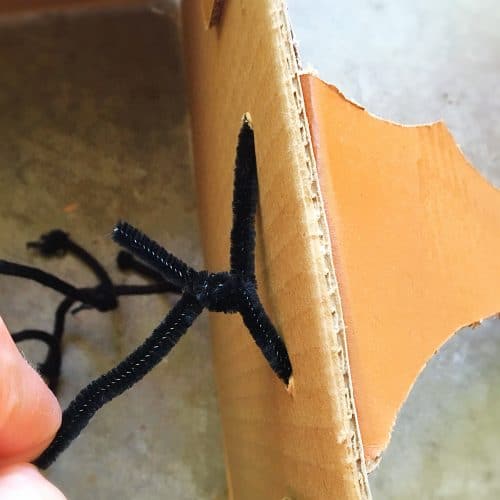 Finally, tie some string or cord to your corner pieces to create straps. 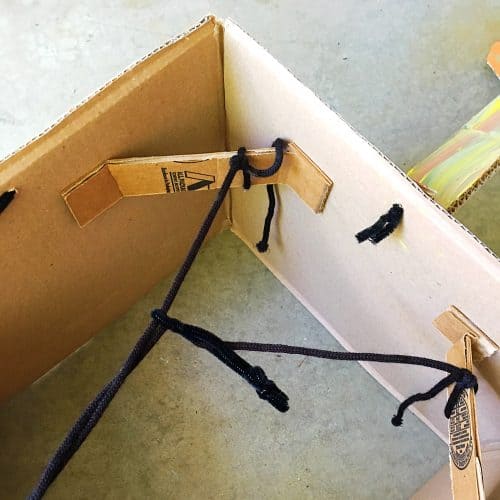 At the party, we gave each kiddo a big white shirt to wear as a smock. They each got to paint the pieces of their dragon…again, next time I’ll have them decorate their whole dragon. 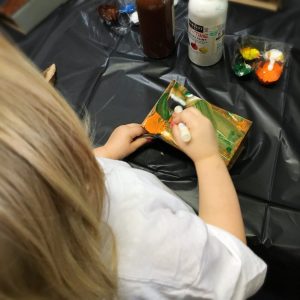 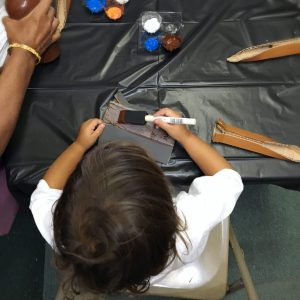 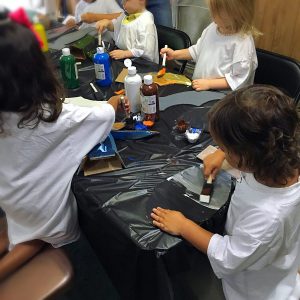 After everyone was done painting, we went inside for cake and presents. This gave the dragons a chance to dry before playtime.  Since the kids were so young, there was a lot of excess paint on the pieces.  To speed up the drying process…some gentle wiping off the extra paint was done behind the scenes.  None of the kids noticed. 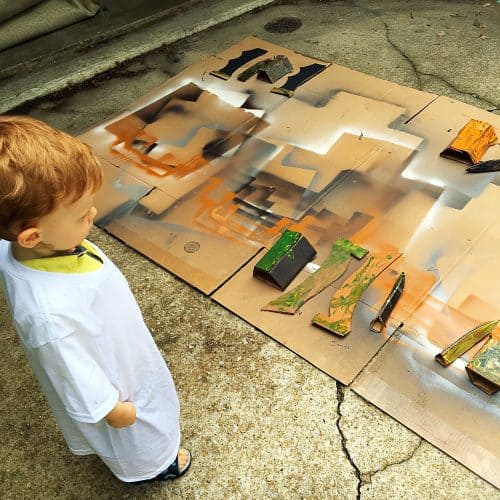 When it was time to play, the kids had a blast “riding” their dragons. 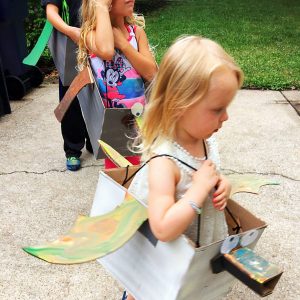 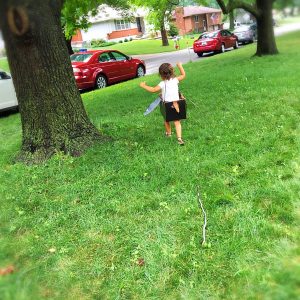 We even tucked tissue paper into the mouths to make it look like fire. 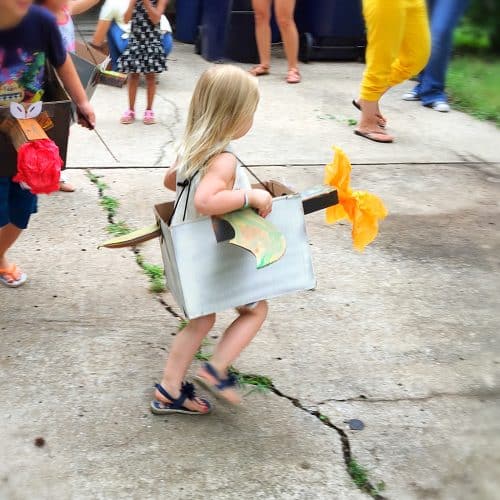 The kids got to take home their dragons as a fun party favor. 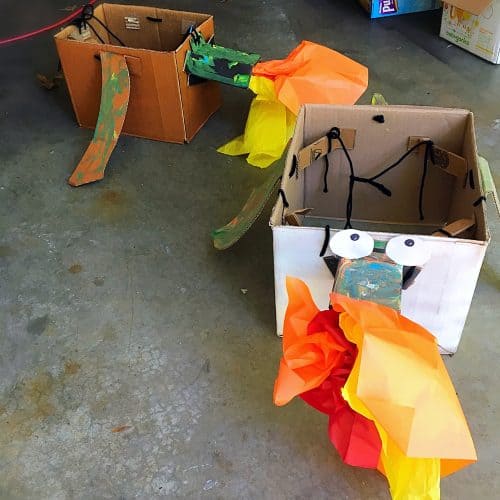 Check out the rest of our Dragons: Race to the Edge party!