For three months I have been mentally planning a fabulous pirates party. It was going to include an amazing cardboard pirate ship that rivaled the pink castle from Little Miss’ party last year. Two weeks before the party, Mr. Monster informed me…very adamantly I might add, that he no longer wanted a pirate party. He wanted a Justin Time birthday party. 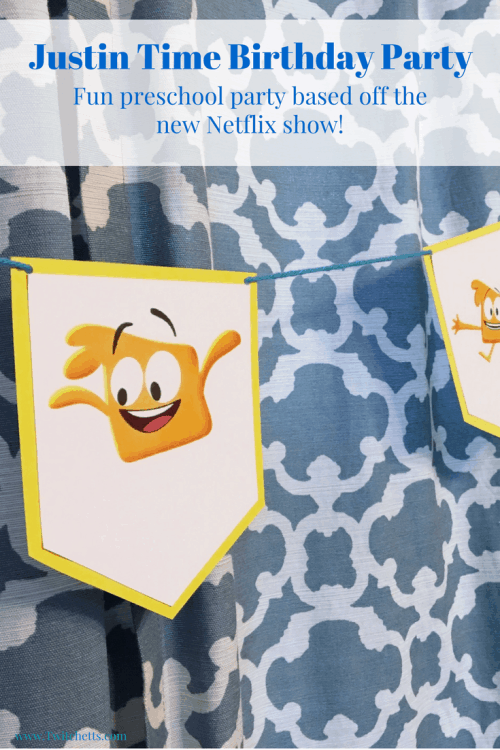 I have to say, this boy is lucky his mommy is a procrastinator. Because even thought I had it all planned out in my head, I hadn’t started actually making or buying anything for the pirate party. So he was in luck…a Justin time party it would be.

I only had a couple of weeks to figure this party out, so I started with my beginning brainstorming session and then went on to Pinterest for more inspiration. Do you know how many pins there are currently on Pinterest for a Justin Time party? About 5…And they are mostly cakes.

OK…plan B. Let’s watch the show. The show is about a little boy named Justin. Justin has an imaginary friend named Squidgy…who from what I can tell is made of yellow playdough. As Justin is going about his day, he runs into a problem, (a preschool age problem) and using his imagination, Justin and Squidgy travel to a different time and or place. Once they are there, they find their other friend, Olive, who joins them on an adventure that eventually helps Justin solve his real world problem.

Also, the theme song has a lot of arrows…

So I used the arrows to decorate the food table. 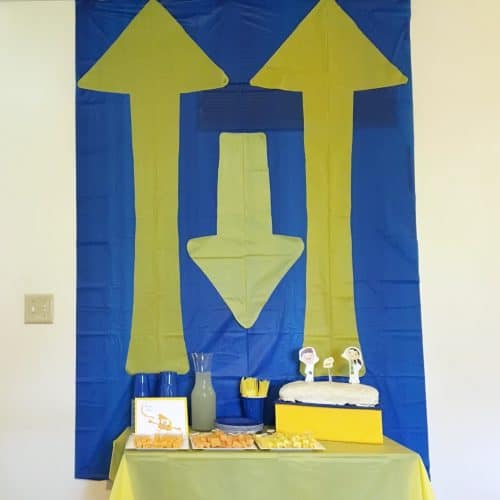 To make the arrows as big as I wanted, I went to my go-to party supply. Plastic table clothes. Seriously, these things are amazing for decorating a party. Plus they’re cheap.  But not too cheap, spring for the 1.99 ones, they will hold up much better, and cut smoother than the $1.00 versions.

I taped a blue table cloth from the ceiling to the top of the table. Then cut 3 arrows to tape onto the blue. 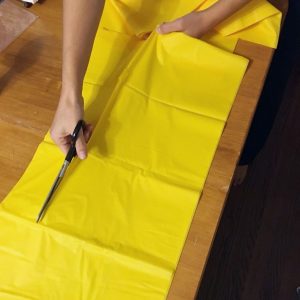 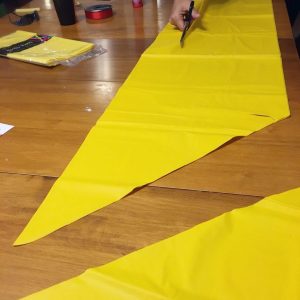 Since the party was at 2:00, I didn’t need to have a whole lunch spread. Instead, I chose some snacks that I knew a room full of preschoolers would enjoy. Fruit and cheese. 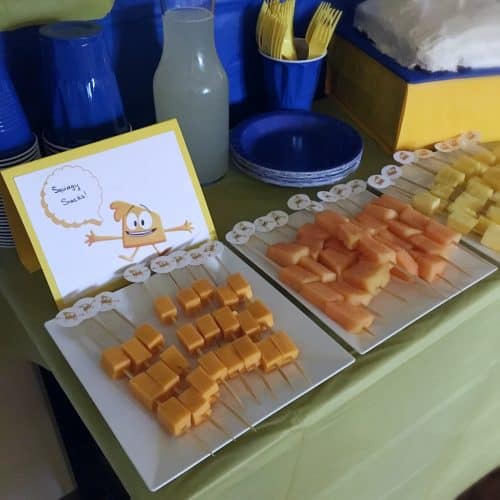 I used Susie’s tip from V’s PJ Masks party and created some simple skewer toppers and lovingly named them all Squidgy Snacks. 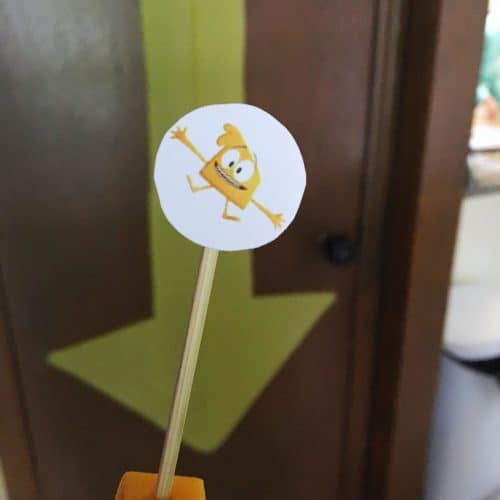 The cake was a simple white frosting with character cutouts that I glued to a couple of skewers. Probably the easiest cake I’ve made yet. 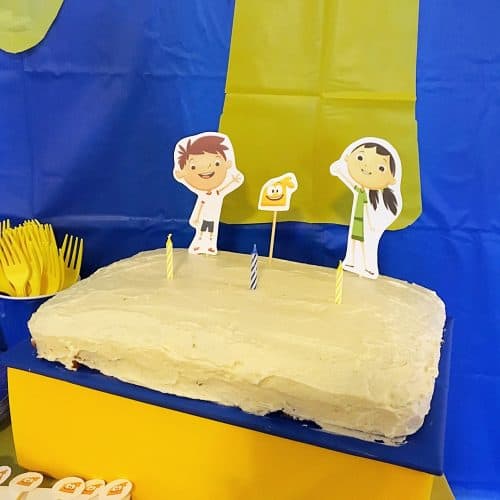 Squidgy is a very memorable character on the show, and you can’t have a Justin Time birthday party without him.  The first idea that came to my head was to give all the kids a container of yellow play doh. As the kids arrived, we let them use their play doh to create their own Squidgy’s. 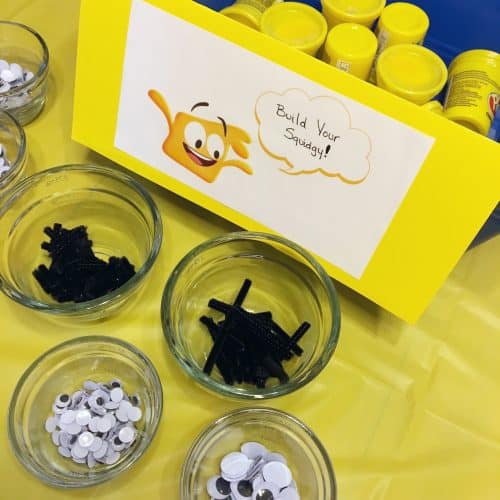 It was the perfect opening activity. 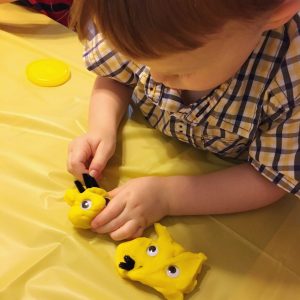 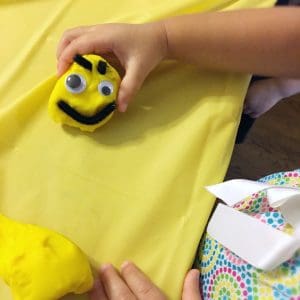 The kids sat next to a banner of Squidgies so that the little ones who had not watched the show could have a bit of inspiration. 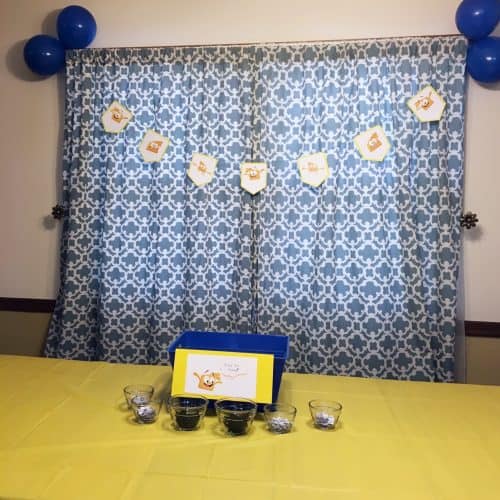 Once everyone arrived, we headed outside for our Justin Time Party activity. Check out all the fun details here!

I have to admit. When Mr. Monster said that he wanted a Justin Time birthday party, I was not very excited. Being a blogger, I wanted the party to be something that more kids knew. But as I was planning and creating I became more and more excited. And the look on my little one’s faces showed that I need to remember, their party is more than just a blog post. It’s a day of memories. And this party more than delivered those. 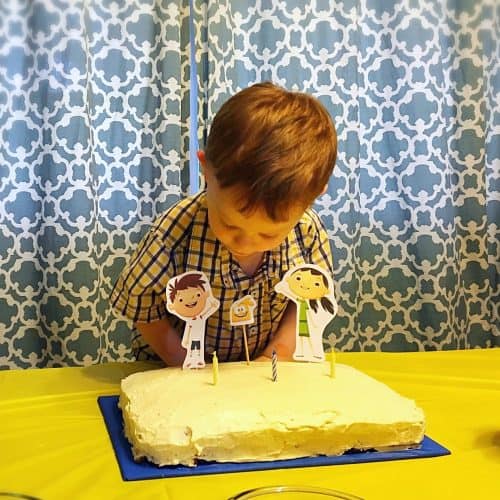 Check out all of the Justin Time Party Details Here! 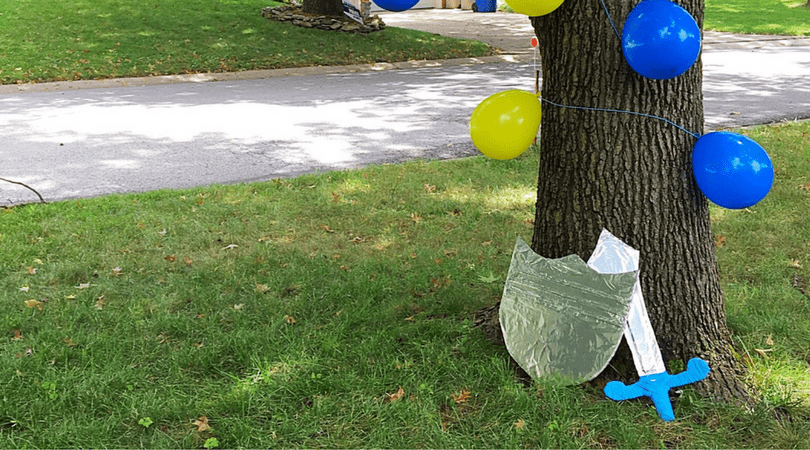 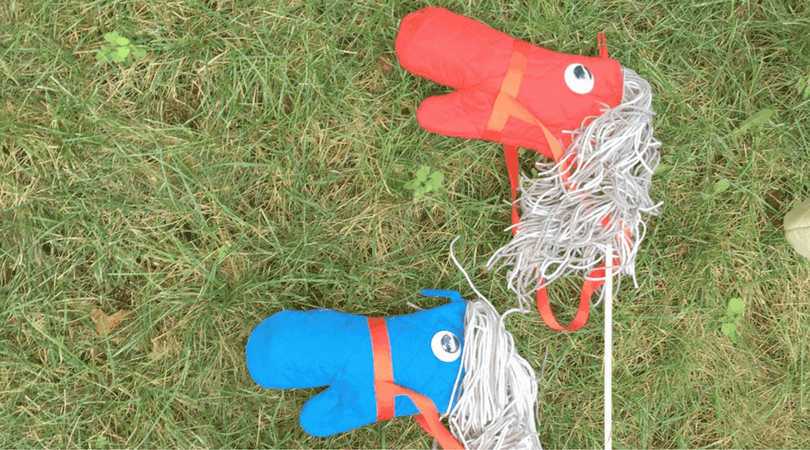 Thank you for this!!! I am totally borrowing the 'make a Squidgie' for my son's 4th birthday party (that was supposed to be PJ Masks until last week, haha).

Awesome! I'm glad you got some inspiration!

Thank you so much for blogging this party! My son did the same thing to me. One minute super heros(easy) to Justin Time (ugh!)

[…] the activity for Mr. Monster’s Justin Time birthday party started out as a bit of a challenge.  But after watching a few episodes, I came up with the idea […] 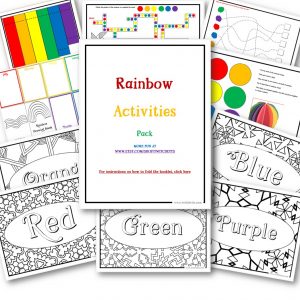